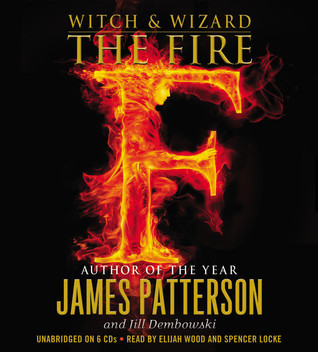 Part 1: From The Book Cover

The world is changing: the government has seized control of every aspect of society, and now, kids are disappearing. For 15-year-old Wisty and her older brother Whit, life turns upside down when they are torn from their parents one night and slammed into a secret prison for no reason they can comprehend. The New Order, as it is known, is clearly trying to suppress Life, Liberty, and the Pursuit of Being a Normal Teenager. But while trapped in this totalitarian nightmare, Wisty and Whit discover they have incredible powers they'd never dreamed of. Can this newly minted witch and wizard master their skills in time to save themselves, their parents--and maybe the world?

When they were imprisoned by the new, brutal government, Whit and Whisty were barely able to escape with their lives. Discovering a hidden community of children like themselves--hunted by the state and with varying degrees of special talents--they have taken refuge underground. But the New Order is rapidly pushing in on them from all sides, and the pressure to stop the regime is mounting.

One day, as they rush to save another group of kids who are about to be captured by police, Whit and Whisty discover not only their own faces plastered to buildings on wanted posters, but also their parents'. When the hunting party sent out after the siblings always seems to be one step ahead of them, they begin to fear that it is controlled by a very, very powerful force. They are in much more danger than they feared...

With heart-pounding suspense and terrifying plot twists, this highly-anticipated sequel to James Patterson's newest series will thrill you until its jaw-dropping conclusion.

Whit and Wisty Allgood have sacrificed everything to lead the resistance against the merciless totalitarian regime that governs their world. Its supreme leader, The One Who Is The One, has banned everything they hold dear: books, music, art, and imagination. But the growing strength of the siblings' magic hasn't been enough to stop The One's evil rampage, and now he's executed the only family they had left.

Wisty knows that the time has finally come for her to face The One. But her fight and her fire only channel more power to this already invincible being. How can she and Whit possibly prepare for a showdown with the ruthless villain that devastated their world--before he can truly become all-powerful?

In this stunning third installment of the epic, bestselling Witch & Wizard series, the stakes have never been higher--and the consequences will change everything.

Whit and Wisty Allgood, a witch and wizard with extraordinary abilities, have defeated the ruthless dictator who long overshadowed their world. But for the first time in their lives, the powerful brother and sister find themselves at odds as Wisty is drawn to a mysterious and magical stranger named Heath.

Wisty has never felt as free as she does with Heath, especially when the two of them share and test their magic together. But when a merciless Wizard King from the mountains suddenly threatens war, Wisty must make an excruciating choice. Will she unite with Whit to fight the mounting dangers that could return their world to a tyrant's domain? Or will she trust the beautiful boy who has captured her heart?

James Patterson's epic dystopian saga continues as the witch and wizard who have inspired countless imaginations must rally together before the world they fought to save collapses.

Whit and Wisty Allgood have fought and defeated their world's most pernicious threats. But just as they start to settle into their new roles in governance, a deadly crime wave strikes, with all signs pointing to a magical mastermind. As the city turns against all those who possess magic, the siblings find themselves persecuted and questioning everything, including their abilities.

James Patterson's books have been in my to-read pile for 2-3 years now and finally, I got around to reading one of his series Witch & Wizard. I'm usually not into dystopian but at the time, I wanted to read something with magic in it and I thought now is a good time as any to start with Witch & Wizard especially since the series has ended. For me, there's nothing worse than really getting into the series and then having to wait 2 years (for traditional publishing) for the latest book installment.

The premise is your basic good vs evil. The twist lies in who Whit and Wisty fight against and who those evil villains are related to. The series definitely could have been better and I say that because it took the first 3 books to deal with The One Who Is The One and then the last 2 books (The Kiss & The Lost) had the same plot — it just so happens that the villain(s)'s names got switched out. It makes me think that the series should've ended with The Fire instead of continuing on like it did. I almost didn't finish the last book because I got so bored with it and I was ready to kill Whit & Wisty myself and I don't appreciate the fact that dead people come back to life.

I can recommend the first 3 books if you're into Paranormal Dystopian and forget the last 2 books because they're just a condensed version of the first 3.
Posted by Anonymous at 4/04/2016 04:00:00 AM

Email ThisBlogThis!Share to TwitterShare to FacebookShare to Pinterest
Labels: Reviews

if you want to be a member of the Advance Reading Club or receive a copy of my Fiction Planner or if you just want to be notified of new content, etc.

Some of the links are affiliate links which means I make a small amount of money if you click through. I use all these products and/or services myself and only recommend those I trust, so I hope they are useful and you can always google them if you don’t want to use my link. Thanks!